After being used for more than sixty years in industry (Xerox process, OLEDs screens, solar cells ...), it is only recently that triarylamine molecules have revealed their ability to form supramolecular polymers. This new property was discovered by the SAMS team in 2010. Now, a growing number of world-renowned research teams are working on these systems. These polymers have great potential because of their structure, self-assembly dynamics, and new emerging functional properties. In particular, due to their exceptional charge transport properties for purely organic materials, they compete with the best carbon nanotubes in terms of electrical conduction. These materials can give rise to ion transport, act as spin filters, and have waveguide properties over distances never reached up to now. The state of the art on these new supramolecular polymers was published in the April 2019 issue of Accounts of Chemical Research (Mill, Armao, Giuseppone, Triarylamine-based Supramolecular Polymers: Structures, Dynamics, and Functions). 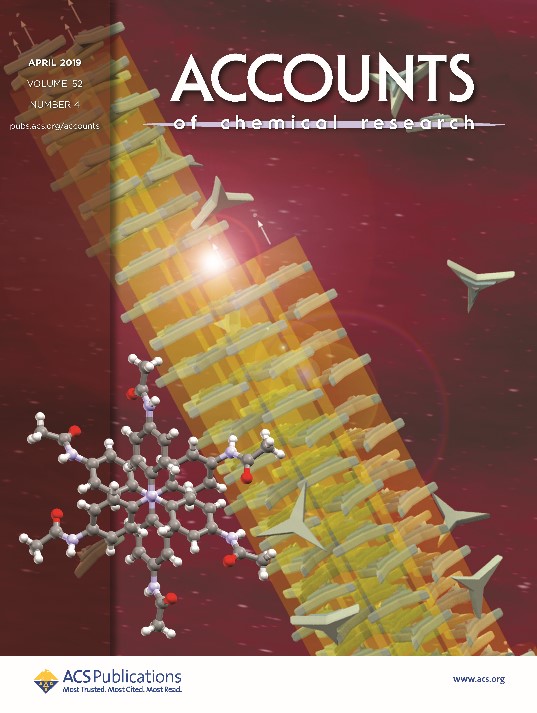